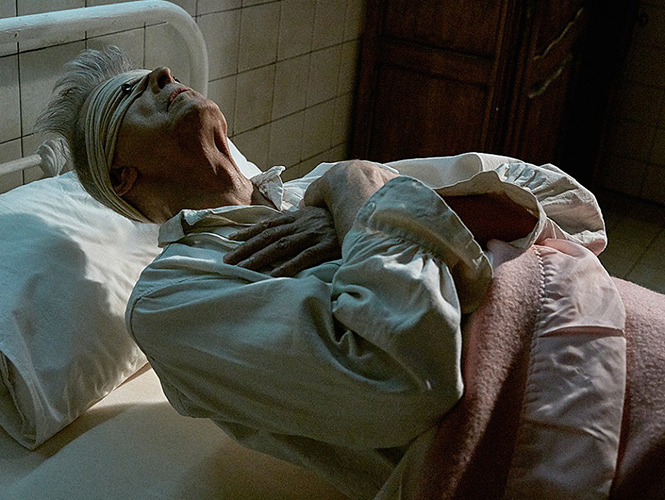 My first post on my “grown up” blog was supposed to be this sappy post about community that I started around Yule and was going to publish in December, but I got caught up in other things.

Then all this happened.

Now that I am sufficiently intoxicated and painted up like Ziggy Stardust I have decided to talk about what I have been thinking all day.

David Bowie died a good death, a beautiful death, just as vibrant and poetic as his life.

In the particular necromantic strain that I practice there is much emphasis on not only the veneration of Death Herself and the dead, but also on the idea of embracing and preparing for one’s own death. David Bowie was no stranger to occultism, and he executed ars moriendi in a way that I am hard-pressed to find comparison for. As soon as the ten-minute single “Blackstar” came out all my friends commented on how saturnian it was, Death, sacrifice, and ritual being such prominent motifs throughout the music video. Of course, immediately there were Christians commenting on how “Satanic” it was, but the joke is on them of course. The running joke within the magical community being that Bowie, especially in his Ziggy Stardust phase, was a Luciferian archetype, or “godbait” to borrow one of coldalbion’s terms. I can see it, especially when I think of Azazael as the patron of music, dance, cosmetics, and androgyny. Even within “muggle” pop-culture the recently published and increasingly popular The Wicked + The Divine comic book series (which I have yet to read more than just excerpts of) that is based upon the premise of Old Gods incarnating in human bodies as young music stars, the character Lucifer is essentially a female David Bowie. (The Morrigan is apparently the goth/punk queen of the underground music scene which is 99% of why I want to read the series.)

David Bowie was meditating on his own death long before his battle with cancer however.

It was not til I heard/saw the aptly titled Lazarus single released on his 69th birthday that I realised that Bowie was in fact, dying of cancer, though I suspect my own late father whispered it in my ear. ( He passed the same way.) The song itself is bittersweet, expressing the pain, tiredness, and fear of the body and the eagerness and peace of the soul. In fact, the entire video takes place in a hospital bed.

The sentiments expressed remind me of many of my recent conversations with my ninety-two year old grandmother (my aforementioned late father’s mother). She’s been in and out of the hospital a lot in the past two years. She’s outlived both of her sons and both of her husbands, and has been watching her baby sister’s battle with Alzheimer’s. She’s tired, she’s in pain, she sees her late husbands in her dreams and waking from those dreams breaks her heart all over again. She still holds on though, with sheer willpower, She wanted to live to see my sister married and she did, though was unable to make it to the actual wedding location, but I don’t know how much time she has left. I suspect once I visit her one last time she will finally let go and be at peace. (I haven’t seen her in two years due to finances and distance and her being unable to fly out to the location of the wedding.)

There is so much taboo about Death in our society, but after listening to the Blackstar album several times over in the past three days I believe David Bowie embraced her with open arms.

Last night when I heard the news of his death I lit all my usual candles, but for the first time in the history of my practice my altar caught fire. A statue, specifically—Mama Wolf. My reaction was surprisingly blasé, as I leisurely doused it with rosewater saying “David fucking Bowie.” It was deeply personal synchronicity in a string of incidents involving wolf-related objects, but not an inauspicious one, but I think I will save the entirety of that story for later, I digress.

For this rockstar goblin king from Mars death was a sweet release from the pain and fatigue of corporeal form. I, for one, am celebrating this music legend’s ascension from the physical plane to eternal rock n roll godhood. David Bowie met his death with strength and grace like every true magician should.

His life brings to mind things that I have read about the alleged Aztec practice of worshiping the chosen human sacrifice to a deity as that god incarnate for a year so that when they were finally offered up their soul was already one with that being and eager to be free of it’s shell. David Bowie was certainly more god than man, and Blackstar does seem like him presenting his severed heart to some chthonic, ineffable force he wished to unite with.

Last night I had a dream about a party full of practitioners from around the world, there were snacks, drinks, and red, black, and white candles everywhere, a few odd skulls here and there. We, the party goers, randomly broke out in an acapella version of Sound and Vision. Unfortunately, a telemarketer called me and woke me from that dream, but I think it was a sweet note to end on.

David Bowie has surely found his place among the Sahedim. (Especially considering how many altars and shrines I’ve seen people set up for him in the past 24 hours. We even had one at work.)

Hail to the Mighty Dead.