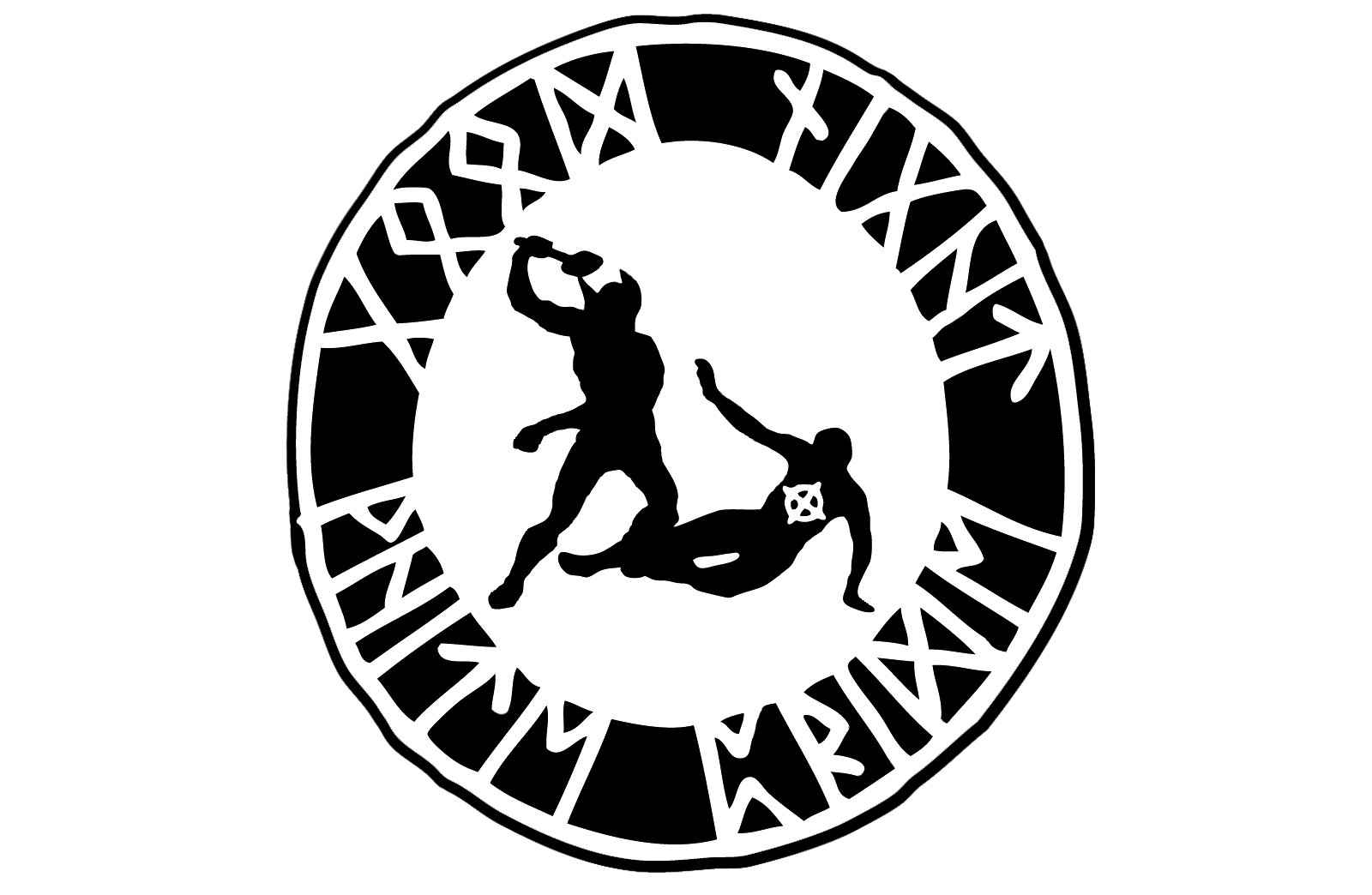 [image: “Good Night White Pride – Thor Vs Nazi” from reptiloidenkommunist on DeviantArt – all credit goes to the artist]

Once again recent events have lead me to my keyboard. Baton Rouge is literally close to home—it’s the capital of the state in which I live. To say that Louisiana has always had a racism problem would be a gross understatement. To say Louisiana has a gun problem would also be a gross understatement. This place has a long history of violence, especially racially-fueled violence, and that violence continues to this day despite what the New Orleans tourist bureau might try to tell you.

In light of heavily armed militarized police with killer robots and surveillance drones, a famously corrupt state and local government, and a cheeto-faced, toupéed, xenophobic cockwaffle potentially being our next president, the average citizen feels powerless. Every best-case scenario still looks grim. This is the dystopian future of our 1990’s nightmares. Humanity has so much destructive power at its fingertips thanks to advancement in technology, and those in positions of authority are using that power with cruel impunity. And within this dystopian hellscape, emboldened by corrupt political leaders, fascism is rearing its ugly head. Fundamentalism is becoming mainstream. White supremacist groups are gaining political and social traction in America and overseas.

Several months ago Chris Thompson at Gods & Radicals talked about “fascist infiltration” in modern paganism, but infiltration is an inaccurate word. The fascists have been here for a long time. The toxic narrative of white supremacy has been intertwined with the history of modern paganism and witchcraft since its inception during the occult revival of Victorian England. It began with a romanticisation of the history of Western Europe based upon shoddy, Anglo-centric anthropology that was considered legitimate science at the time. This set the precedent for Hitler’s co-opting of Teutonic mythology and symbolism and the rest is history. (Of course I am not saying that all European paganism is inherently racist. More on that here.)

Except this history is not stuck in the past (though those who adhere to it are), Jack Faust put it succinctly when he said you can pick any Left Hand Path occult author and there’s a coin-flip’s chance that they’re a neo-Nazi. The same goes for Norse Paganism. You can’t even watch a YouTube video of Swedish cow-herding song without seeing some skinhead douchenozzles making some xenophobic statements in the comments section. And this current of white supremacist ideas has found its way into Gaelic/Celtic circles as well. I once saw a woman on an Irish Facebook page rant about how the people of Ireland need to “take back” their country from immigrants and bring it back to “the days of Cú Chulainn”…like what the everloving fuck? Is she saying Ireland needs to go back to the days of neighboring clans fighting to the death over cattle? Yeah, sounds like a real utopia. The anti-immigrant sentiment is just ridiculous seeing as, statistically, there are more people of Irish descent living in just the New England region of the United States than there are on the entire island of Ireland.

The problem areas are obvious and have been obvious for decades.

If the white occultists, witches, and pagans of the Western world want to stand a chance of preserving any semblance of religious freedom, if we want to stand in solidarity with our Black, Asian, Latinx, Native American and other PoC brothers and sisters, we absolutely must destroy the currents of racism and xenophobia (and other -isms and phobias) that run rampant within the magical community. That is where we can start, that is where our influence is the strongest. Trying to curse Trump or the entire KKK is not likely to yield any tangible results. (Though I suppose it does not hurt to try.)

What will not change things is more of this attitude of “smug liberalism” from “good white guys”. What will not change things is the “not racist” people staying in their safe, insulated social circles, distancing themselves from the “bad guys”. In Andi Grace’s post “8 ways white witches can support #BlackLivesMatter” at the Little Red Tarot they talk about “spiritual bypassing”. Spiritual bypassing is when people use spirituality as a means of avoiding or distancing themselves from issues that make them uncomfortable. (You can read a detailed article on the subject in the click-though link.) It is when people stick their fingers in their ears yelling “love and light!” when others in the community try to address real issues like racism, sexism, homophobia, and other isms and phobias. These spiritual bypassers choose to ignore problems and dangers under the guise of trying to “avoid negative energy”. This needs to stop.

“If fascism could be defeated in debate, I assure you that it would never have happened, neither in Germany, nor in Italy, nor anywhere else.” – Frank Frison, Holocaust survivor

My Norse and Celtic pagan and polytheist brothers and sisters must realize that while all y’all are busy making new “safe” pagan groups to distance yourselves from the racist ones, those racist groups are growing in number…and they are arming themselves. The extremist group “Soldiers of Odin” and similar gangs are boldly walking the streets threatening the safety of minorities. It’s 2016 and there’s fucking bonafide Nazis stabbing people in Anaheim. Do you think Facebook arguments with Breitbart twats are gonna save lives in this situation? The fuck it’s not. In his article “It’s Time to Ring the Alarm About White Nationalism,” Spencer Sunshine highlights the rise of outspoken, violent right-wing extremists since the beginning of this election season, and how the cops are refusing to make arrests (presumably because many cops are Klan members).

Aside from police support and racist ideas, do you know what else these neo-nationalists have that the pacifist pagans do not? They have weapons, training, and a long-term plan. What made the Occupy movement fall apart was the lack of charismatic leaders, organization, and well-defined goals. We cannot afford to have a repeat of that…not when there are men shooting into crowds of Black Lives Matter protesters in Portland. I’ve been shot at before. Having a gun pointed at you is kind of more of a matter of “when” than “if” in Nola. I’m gonna tell you something that you might not realize till faced with the potential of imminent death: death itself is not nearly as scary as the prospect of a life lived with the constant threat of imminent harm or death. This is the reality that immigrants and people of color live with every day and it is only going to get worse in the current political climate. The New Right has already radicalized. This reality is only going to extend and harm more and more people as time goes on.

The Left Hand Path continues to harbor white nationalists, notably this past year an actual “alternative-right” politician Augustus Invictus was slated to speak at the International Left Hand Path Consortium in Atlanta, Georgia. Event organizer (and likely ex-Thelemite) Laurie Pneumatikos even openly defended him. Other speakers pulled themselves from the conference roster in condemnation of the Consortium’s decision. People made plans to protest the event and interrupt and heckle Invictus’ speech. Once the Atlanta police department got word of this they expressed public safety concerns since when fascist and anti-fascist groups clash there is often violence. After all this outrage and concern Pneumatikos and the Consortium had to rescind their support of Invictus, and Pneumatikos resigned from the planning committee. Sadly, though he and his organization are known for promoting equality and social justice, Lucien Greaves withdrew himself from the conference, saying that “the dis-invitation [of Invictus] sends a harmful message in support of censorship.” Greaves’ choosing of Invictus’ “right” to hate speech over the right of the community to condemn him for it was probably the most disappointing revelation from that debacle. Greaves’ brand of Satanism as a philosophy is supposed to defend the rights of the underdogs and condemn those who are against equality. Luciferianism is supposed to be about enlightenment, yet we still have this bullshit literalist interpretation floating around of the “witchblood” of Cain/Azazel which teters dangerously into racist territory. Thelema claims to promote “love,” yet the O.T.O. is a comfortable place for right-wing occultists, and the more “Typhonian” it is in flavor the more likely the racist undercurrent. Hell, as I was typing this I just saw a guy from the local Oasis proudly refer to himself as a “reactionary/right wing, parental traditionalist,” on Facebook in his own words.

To the white nationalist sympathizers who are going to read this and start bitching about how being pro-Black and pro-immigrant is somehow anti-European, I advise you to read up on the difference between being proud of your heritage and being ethnocentric. “White” is not an ethnicity…therefore “white pride” is a stupid, ahistorical concept that was invented as a result of Europe’s historical and cultural ignorance after centuries of war and monotheism, and enforced today so that poor people will not rise up against their wealthy oppressors by scapegoating other ethnic groups to create an external enemy. If you buy into the myth of a “white” identity, and think that this fabrication is something to take “pride” in, then I pity your ignorance…you’re letting yourself get spoon-fed propaganda by the System.

“Only one thing could have stopped our movement—if our adversaries had understood its principle and from the first day smashed with the utmost brutality the nucleus of our new movement.” -Hitler, on how the Nazi movement could have been stopped

So how do we fight these toxic ass-wads and their outdated ideas that are running rampant within the esoteric community? Whatever you do, don’t play nice.

5 thoughts on “Cockroaches in Wolves’ Clothing: Fighting the Fascist Undercurrent”