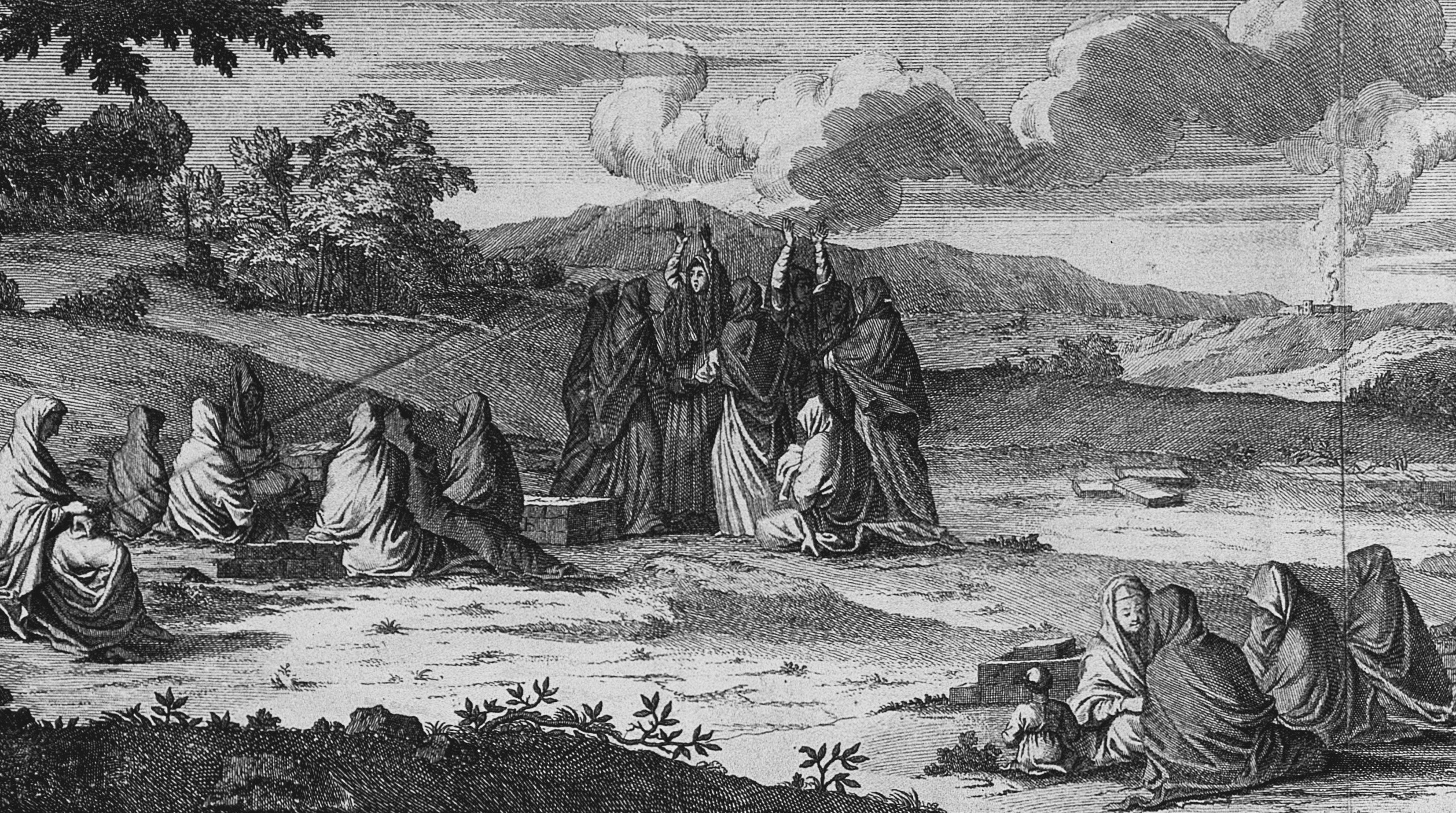 I am truly overwhelmed (in a good way) by the response to first article in this autobiographical series. (Orphan Magic Part 1) I was very pleased to learn that it really resonated with other foster kids, orphans, runaways, and LGBTQIA+ youth in the magical/pagan community who escaped from abusive and/or religious fundamentalist homes or were thrown out and homeless.

There were two questions that came up in the responses to Part 1 that I should clarify though:

1. “Is your real mom still alive?” I honestly don’t know. I have tried to look her up, followed every lead, but they were all dead ends. She disappeared, and her last correspondences with people imply that she did so deliberately. I think the statute of limitations has passed for me to file a missing person’s report, so aside from shelling out a ton of money to hire a private investigator, I’m out of options. Even though my psychic ability is usually pretty spot-on, I can’t seem to sense my mom at all. If she’s alive she doesn’t want to be found, and if she’s dead she just wants to rest. I’ve tried to find her by various means, my half-sister even looked for her, too…but to no avail. When most people ask I just say she’s dead, or at least imply it. I take comfort in the fact that my dad’s spirit is always hanging around at least.

2. “Why did your adoptive parents kick you out?” Aside from my adoptive father being a massive douche, it was ultimately because horny teenage me had the audacity to have a sexuality. The monitored all my emails and text messages and found out that I was flirting with people online (*gasp!*). What horrified him the most was that there were pictures of naked women on my iPod (that I bought with my own money because they never bought me anything but they would still confiscate it whenever they grounded me). The only thing worse than flirting with boys was the chance that I might also be attracted to girls because being pansexual is even worse than being sexual in the eyes of prudish Christians. Ironically, I wasn’t really aware of my sapphic inclinations at the time. I was actually using fake photos to catfish douchebags for entertainment. (Since I was a minor at the time I certainly wasn’t going to send my own nudes! lol)  I think my adoptive mother, who has visited me in New Orleans, has caught on to my queerness and doesn’t really mind because she’s actually a decent person. She’s got a lesbian cousin she’s always been supportive of, but her husband has always been vehemently homophobic. I think she keeps this knowledge to herself for my protection and privacy.

Anyway, back to the story…

I cried my entire first night in my new apartment. I was crying so loudly and for so long that my landlady came and brought me hot cocoa and hugged me. I was so relieved to be off the farm and in my own place, and I knew my adoptive mother likely convinced her husband to kick me out for my own protection, but I was scared, and I still had school to worry about.

I think my psychiatrist at the time talked her into it, too. He’d been saying for a year that aside from PTSD and depression, there wasn’t anything wrong with me and that I just needed to get away from the toxic environment I was living in…you know, the one that was causing the trauma, stress, and depression.

I remember one day she was trying to tell him that I had bipolar disorder and he snapped, like fucking lost his shit. He had a British accent, which made it kind of hilarious when he actually stood up and yelled: “YOU ARE NOT A DOCTOR. I’M A DOCTOR. STOP TRYING TO DIAGNOSE HER WITH RANDOM DISORDERS THAT YOU’VE READ ABOUT! AS A DOCTOR I CAN ASSURE YOU THAT YOUR DAUGHTER IS NOT BIPOLAR! SHE’S A TEENAGE GIRL. TEENAGE GIRLS HAVE MOOD SWINGS. SHE HAS ORDINARY TEENAGE GIRL MOOD SWINGS! YOU’RE ONLY MAKING IT WORSE BY TRYING TO PRESSURE HER INTO NOT BEHAVING LIKE A NORMAL TEENAGER! YOU’VE ALREADY NEARLY CHEMICALLY LOBOTOMIZED HER WITH THE MEDS THAT YOU’VE PRESSURED DOCTORS INTO GIVING YOU FOR DISORDERS THAT SHE DOESN’T HAVE!” He then regained his composure and apologised for shouting as he sat back down and glared flusteredly at his clipboard. That was the first time an adult had stood up for me when it came to the abuse that I was experiencing at home. I guess the lesson that my adoptive mother learned there is that you can have someone’s well-being in mind but if you ignore the outside factors your “help” could do more harm than good.

Needless to say, after moving into my own place and a few more visits to my doctor, I got his approval to start weaning myself off the last few drugs I was on. It was rough. The withdrawals were almost worse than the actual depression. The only time I ever engaged in self-harm was during that time (only once though). It took a year or so, but once I was free I felt so much better. Being away from the farm was already a huge emotional improvement.

I slowly began to re-engage with the spiritual world. Mostly through my poetry and prose. I had taken a serious hiatus from using a lot of my abilities. In my early teens I was probably even more psychic than I am now, I was too sensitive, actually. I could see the astral forms of people’s addictions and traumas clinging to them like parasites (Frans Bardon called such manifestations “larva” because they kind of look like some kind of leech/slug/centipede hybrid.) Needless to say, 14 year old me was NOT down with this and I prayed for my spiritual sight to be blurred so I could function (somewhat) normally, and I guess my guardian spirits obliged. Now I have to deliberately look/scry to see things.

It was while writing an unfinished novel that I found Lilith and the Morrigan, or rather, they found me. I didn’t call the Morrigan “Morrigan” or “Anand” at first. I didn’t know who or what she was, I just got the impression *something Celtic, corvids, rivers, war, revenge, sexuality, death, sorcery* I actually called her Agrona when we met, which an alleged proto-Celtic name meaning “carnage.” She facilitated the catharsis of my trauma, the liberation of my sexuality, and helped me establish sovereignty over my mind and body that my abusers and the medication had taken away. Most importantly, she made me realize why I keen, and what it does, and the importance of the nickname I earned as a teen. The process, of course, is ongoing, and those who follow my Tumblr can read about that journey in more detail.

I had, due to my upbringing and previous encounters with “demons,” had expected Lilith to be malefic, vampiric, and cruel. However, Lilith has proven to be a far more doting mentor than the Morrigan. My Lilith, the emanation that I invoke, is the Mother of not just Monsters, but of all Outcasts…a fitting foster mother for the orphaned daughter of a disowned Jewish woman. My Lilith is a She-Wolf who protects her pups fiercely, and lavishes affection on those under her care.

Just before I met my initiatrixes, I had already taken an oath upon the horrific realization that every girl I knew had been sexually assaulted and even some of the boys, too, and none of the rapists or molesters would ever be brought to justice. The oath was also fueled by rage about how my parents, who were fundamentally good people, were dead while evil people walked free. I can’t tell you the details of the oath (or geas), because that is some deeply personal shit, but I will tell you it involved keening, a giant mirror, someone’s death, and some very radical changes in my life.

It is my belief that this is what prompted a formal introduction from my spiritual matrons, though they’d been observing me my whole life. In leu of parents and human magical teachers, instead I received a tutelary goddess from each of my ancestral lines, the Morrigan from my father’s ancestors and Lilith from my mother’s. It was when I was in college and we were studying the story of Jason and the Argonauts where I first learned about Medea and how she was directly tutored by Hecate herself, Hecate was also tied intrinsically to Medea’s ancestry. I came to realize, after years of studying magic, both modern and ancient/historical, that the tutelage and initiation through direct spirit contact not only has precedent in lore and grimoires, but it is, perhaps the oldest means of initiation.

I am writing this for all those who have died, some of them at their own hands, after living these experiences.

I am Banshee and I will mourn for you and sing your pain long after the rest of the world forgets. No one is truly an orphan. The gods are always watching.

One thought on “Orphan Magic Part 2”